The decade of the 1960s, especially during the Mastership of Canon Garrett Sweeney (1964-76), was a period of steady progress, laying the foundation for the emergence of the present College. The increased number of postgraduates in the University during the later 1950s led the Regent House of the University to establish four graduate Colleges in 1965; the other three were Darwin College, Wolfson College and Clare Hall.

The graduate Colleges were permitted to matriculate their own postgraduates and to present them for degrees; this was later extended to mature and affiliated undergraduates. 1965 saw the election of the first four Fellows; others followed in succeeding years. The Fellows’ powers were circumscribed by the Association, that is, the Trustees, two thirds of the Trustees were Bishops, and a group of Catholic Dons, including some Fellows; the Association was invested with authority regarding matters of finance and the election of Fellows. Although laymen had been part of the College’s community from its inception, the years from 1965 saw a sharp increase in their number. In an act of remarkable generosity on 20 March 1973 the Catholic Church through the Association signed away the buildings and the land of the present College to the Master and Fellows.

The College achieved the status of an Approved Foundation on 8 March 1975. The old Association was dissolved on 30 June 1984 and replaced by a new governing body of Fellows and St Edmund’s became a fully autonomous and self-regulating society. Fr John Coventry, SJ, was the last Master in holy orders (1976-85) and was succeeded by Richard Laws, ScD, CBE, FRS (1985-96), but the Catholic identity of the College continued to be represented by the Archbishop of Westminster, serving as the Visitor, a Catholic priest as the Dean, the Chapel, which is the only Catholic chapel in a full Cambridge or Oxford College and the Von Hügel Institute, which fosters academic work on the relation of Christianity to Society and was founded to preserve and develop the Roman Catholic tradition of the College.

Successive Masters and Fellows worked towards full collegiate status, which was approved by the University in 1996.  Centenary celebrations brought visits from Cardinal Basil Hume, OSB, Archbishop of Westminster, for a Mass of Thanksgiving on 15 June 1996 and His Royal Highness the Duke of Edinburgh, the Chancellor of the University, for dinner on 25 June 1996. The College petitioned the Privy Council for a Royal Charter, which was granted by the Queen on 22 April 1998 in the Mastership of Professor Sir Brian Heap, ScD, CBE, FRS (1996-2004). The chapel was solemnly blessed by the Rt Rev. Peter Smith, Bishop of East Anglia, on 25 October 2000. 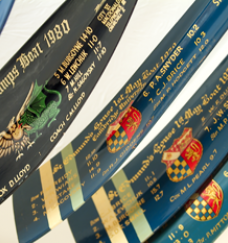